By entertainment on March 12, 2018 in Specialty Acts, Tribute Bands, Trios/Bands 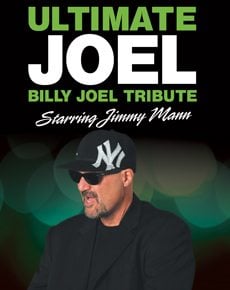 Jimmy Mann has been performing for most of his life, as a Solo artist, in the fabulous BigShots Duelling Pianos, in stage shows & countless venues in Australia.

Performing regularly on cruise ships & teaming up with Elton Jack performing their Tribute to Elton John & Billy Joel.
In this, his Personal Tribute to the music of Billy Joel, Jimmy will perform most of Billy Joel’s greatest hits & a few surprise songs that Billy has performed on stage from his favorite artists.

Jimmy Mann is here to have fun and have you all singing along to some of the greatest songs ever written……..so come & join the Mann!

Book a date with The Tribute to Bo;;y Joel now!!!  As this show gets extensively booked out!!!

We know music. Every artist we work with comes with our personal approval. With decades of experience both on stage and behind the scenes we’re very aware of what will make a venue host profitable shows and delight the audience.